Norma went to bed. It was eleven o’clock. She turned out the light.

She lay in bed. It was dark. It was quiet. She couldn’t sleep. She closed her eyes. She tried to sleep, but she couldn’t.

She turned the light back on. She opened her book. She started to read her book. It was a good book. She read one page. Then she read another page.

After a while, she felt sleepy. She closed the book. She turned out the light. She closed her eyes. She went straight to sleep.

Tracy looked at the flag. The flag is red, white, and blue. It has 50 white stars.

The white stars are on a blue square. The flag has six white stripes. It has seven red stripes. All the stripes are horizontal. They are not vertical. The stripes do not go up and down. They go from left to right.

Richard is a light eater. He doesn’t eat much. He isn’t a heavy eater. He eats a light breakfast, a light lunch, and a light dinner.

Richard is not fat. He is thin. He will always be thin, because he is a light eater.

He picked up a pencil. He wrote a phone number on the piece of paper. He put the pencil on the table.

Linda wants to buy a new car. She has an old car. Her old car is a white Honda.

The Honda dealer will give her a contract to sign. The contract will require her to pay $400 a month for seven years. Her new red Honda will cost Linda a lot of money. But that’s okay, because Linda makes a lot of money.

8. Water and An Apple

She drinks some water from a white cup. Susan drinks water and eats apples.

She licks her lips. She drinks more water. She wipes her mouth with her hand.

Thomas was not hot. He was not warm either. He was cold.

He looked at the windows. Were all the windows closed? Yes, they were. They were all closed. None of the windows were open.

He looked at the door. The door wasn’t open. It was closed. He was still cold. He looked for a warmer jacket.

Lucy went to the doctor. She didn’t feel good.

The doctor said, “You have a big problem. I will fix your problem.” The doctor gave Lucy a shot. He gave her a shot in her left arm. “Do you feel better now?” he asked her. “No,” she said, “now my left arm hurts a lot.”

Donna loved her husband. Her husband loved Donna. They were in love with each other.

She wanted to give him a birthday present. He was going to be 40 years old next week.

Laura looked out the window. A storm was coming. The sky was getting darker. The wind was starting to blow. Some trees were bending. Leaves were flying through the air. It was getting cold.

She turned on the TV. She wanted to see the news about the storm. The TV person said it was a big storm. He said it would rain a lot. He told people to stay home.

Lisa loves to go shopping. Tomorrow she is going shopping. She needs a new pair of shoes.

The mall is only a mile from her house. She just walks to the mall. It only takes her 20 minutes. Tomorrow she will go to four different shoe stores. Tomorrow is Saturday. The mall always has sales on Saturday. If the sale price is good, Lisa might buy two pairs of shoes.

She put the carton of eggs in her shopping cart. She needed red apples. She looked at a bag of red apples.

Donald plays the piano. He loves the piano. He has a big piano in his living room. His piano is shiny and black. It has three legs. He sits on a bench to play the piano.

The bench has four legs. His piano has 88 keys. The keys are black and white. Donald has ten fingers. His ten fingers play music on the 88 piano keys.

She would be happy to read his letter. Then she would send him a letter. Her letter would have lots of news, too.

He put everything into a plastic tray. He took his shoes off. Greg was at the airport. He had to get on the airplane. But he had to pass through security first. He passed through security.

Patricia did not have much time. It was time to go to work. She did not want to be late for work. She would lose her job if she was late.

She picked up her keys. The keys were on the kitchen table. She grabbed her gray coat. Her gray coat was on the chair. The chair was next to the door. She walked outside. She locked her door with her house key.

Patricia did not have much time. It was time to go to work. She did not want to be late for work. She would lose her job if she was late.

She picked up her keys. The keys were on the kitchen table. She grabbed her gray coat. Her gray coat was on the chair. The chair was next to the door. She walked outside. She locked her door with her house key.

Steven was hungry. What could he eat? He looked in the refrigerator. He saw some orange cheese. He saw some yellow butter. He knew what he would eat.

Mike opened a bottle of liquid Drain Opener. He poured the Drain Opener into the sink. Mike waited one minute. Then all the water went down the drain.

Mike was ready for bed. It was 11 o’clock. He had to get up early the next day.

I go to school. I am in the sixth grade. I like my teachers. My teachers like me. I have friends in every class.

My favorite class is history. I like to read about history. History is a story about our past. Soon we will all be history. Then kids in school will read about us. I hope they like our stories.

I have many other friends. We all go to the mall on weekends. We go to movies. We go to restaurants. We tell jokes. We laugh. We have fun. Life is great! 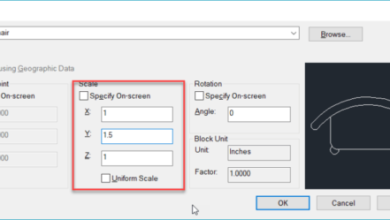