Fredrick is a freelance sports writer and soccer analyst. He specializes in football news and after-match analysis for sports portals.

According to my own observations, most soccer enthusiasts find it hard to understand football abbreviations and acronyms, especially the ones found in soccer league and World Cup tables. Almost all new football fans cannot understand the tables fully without consulting experienced soccer fans or getting assistance from the Internet.

This article is about football abbreviations and acronyms and what they stand for. Read on to know the full meaning of GA, GF, GD, MP, FC, FIFA, Caps, Apps, VAR, and other terms. 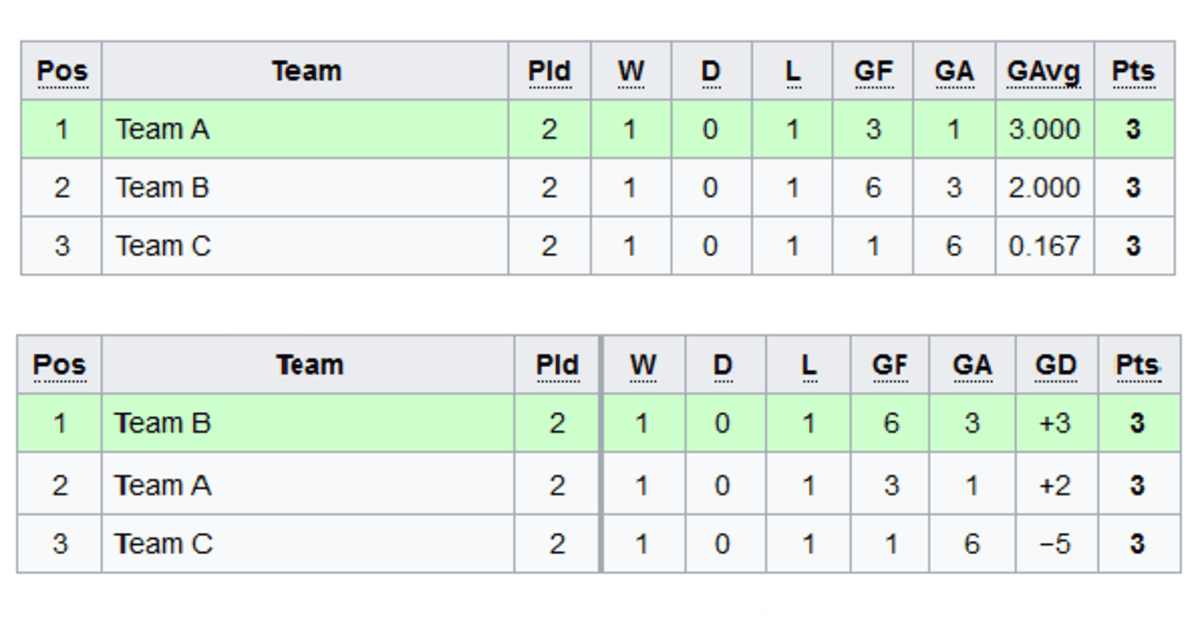 What Does GA, GF, GD, and MP Mean in Football?

In brief, GA, GF, GD, and MP stand for Goals Against, Goals For, Goal Difference, and Matches Played respectively. Other common terms like Apps and Caps mean Appearances (both), which are the number of times a player has played for their country (or club) or participated in a competition.

Soccer Table Abbreviations and Their Meaning

In case you are new to football leagues, most leagues feature 10-20 teams. Considering the English Premier League has 20 member clubs, each team has to play 38 games (home and away matches) before the season ends. The total number of games played in the league per season is 380 and the maximum number of points a team can earn is 114. 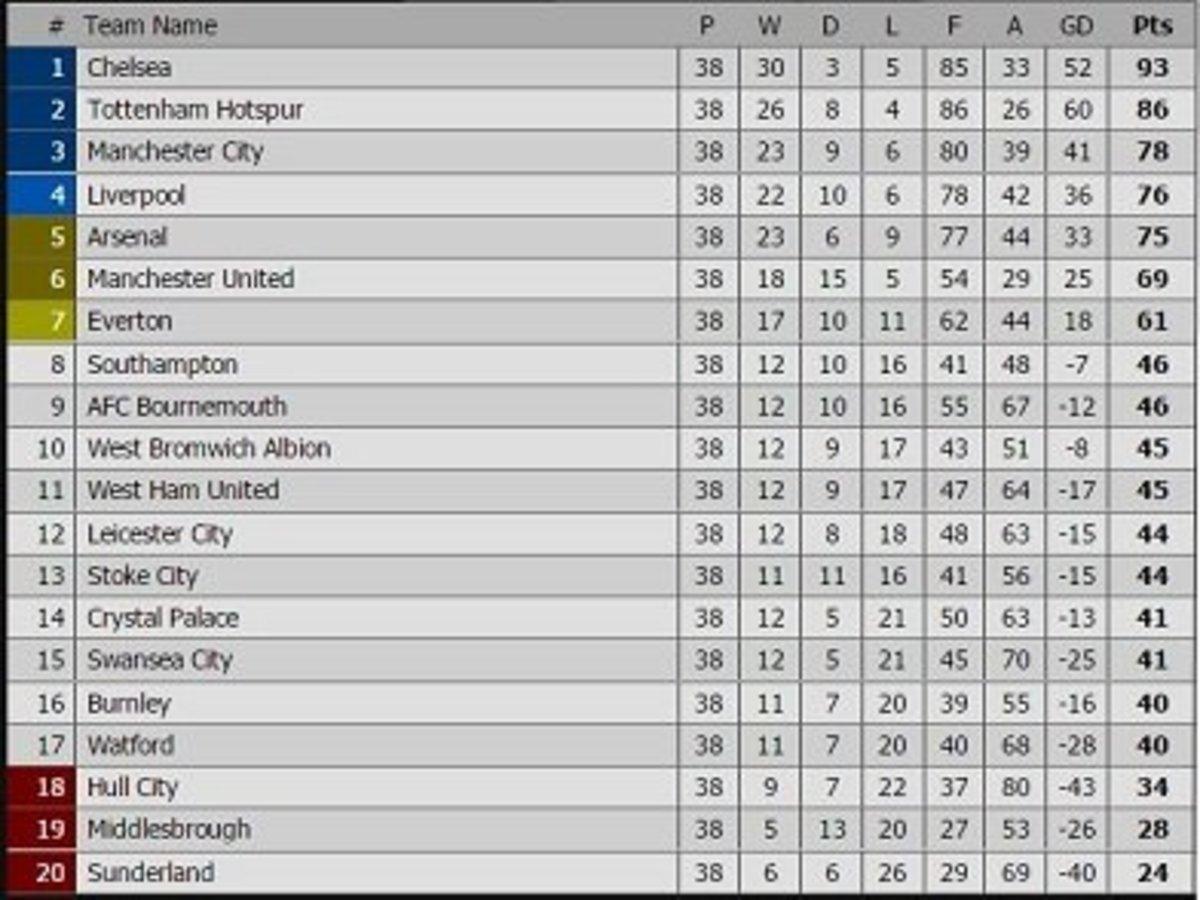 The table above shows Chelsea Football Club as the winners of the 2016/2017 English Premier League title. They finished the season with 93 points having won 30 matches, drawn three, and lost five. They scored 85 goals and conceded 33 which gave a goal difference of 52.

At the bottom side, Sunderland Football Club finished with 24 points after winning only six games, drawing six, and losing as many as 26. Their GF, GA, and GD were 29, 69, and -40 respectively.

In most leagues, the last three teams are relegated to a lower league division and are replaced by the top three teams from the lower division. For example, Sunderland FC, Middleborough FC, and Hull City FC were relegated and replaced by Newcastle FC, Brighton FC, and Huddersfield Town FC (play-offs winners) from the EFL Championship division.

OS – Out Swinger (i.e., kick that moves away from the goal).

BTB – Bending the Ball (i.e., causing the ball to follow a curved path).

HMf – Holding Midfielder (i.e., player who plays in the front of the central defenders).

League and Match-Related Abbreviations and Acronyms

HA – Home and Away

BIP – Ball In Play (i.e., when the ball is within the playing field).

FFB – Fifty-Fifty Ball (i.e., when opposing players cause equal impact on each other when going for the ball).

BOOP – Ball Out Of Play (i.e., when the ball is out of the playing field).

App (Apps) – Appearances (i.e., number of times a player appears for matches in a competition).

SHO – Shutouts (i.e., given to the winning team if the opponents didn’t score).

SOT – Shots on Target (sometimes used in place of SOG).

Stl – Steals (i.e., number of times a player has seized a ball from the opponent).

Caps – Appearances (i.e., number of times a player has played for their country).

Other Soccer Abbreviations and Acronyms

A – Away, Attack, Attacker, Assists

CP – Catches and Punches (i.e., used by goalkeeper on the ball to prevent conceding), Center Spot (i.e., kickoff place at the center of the field).

CS – Community Shield, Clean Sheets (I.e., for goalkeeper when he hasn’t been scored against).

HB – Halfback, Hand Ball (i.e., ball coming into contact with the hand which is also an offense).

LB – Left-Back, Loose Ball (i.e., when two opposing players are eligible to get the ball).

VS – Versus, Vanishing Spray (i.e., marker for free kicks).

BC – British Championship (i.e., a tournament). 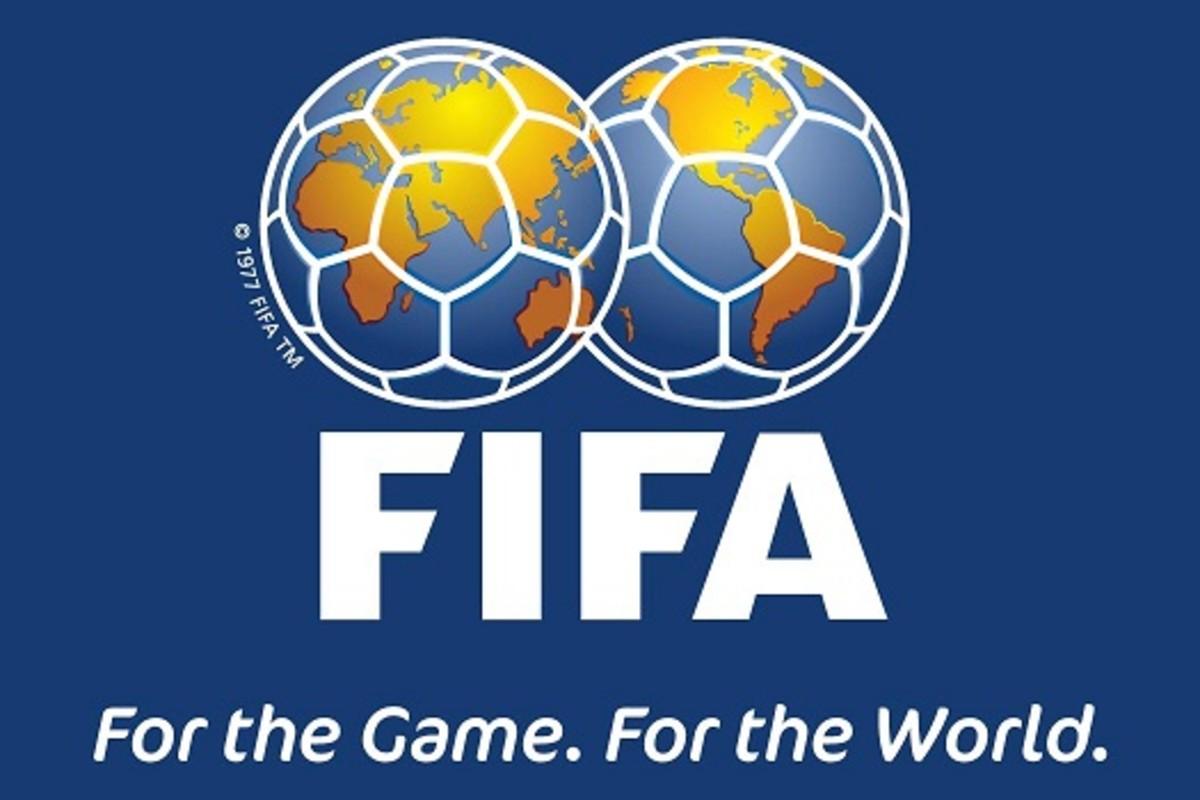 FIFA is the international body that governs football.

If you have some soccer abbreviations and synonyms not listed here, you can add them in the comments section below!

Question: What does FPP mean?

Question: How many substitutes are allowed in football?

Answer: Three, but there is a new rule that allows a fourth substitute in extra time (the additional 30 minutes). It is now applicable in world cup. I don’t know if it will be applicable in league games.

Question: What does it mean that the three teams will be replaced? Will these teams go to other leagues?

Answer: This means that they will go to lower leagues in the same country.

Question: What does “CS” mean on SOCCERSTATS.COM?

These letters have a number of meanings in the world of football abbreviations, but in this case, most likely it means Clean Sheets (especially for goalkeepers).

Question: What if a football team won by default, how is that abbreviated?

Question: What does (H) and (A) mean in ESPN soccer match performance?

Question: What does GF Sports stands for?

Answer: This is a sports and entertainment company, with the GF standing for Gary Fuhrman – the founder.

Answer: In gaming, it means rendering from the viewpoint of the player’s character, or in simple terms, playing as if you were looking through the player’s eyes.

Question: What’s the meaning of AP in a football match?

Question: Goals Scored(H) or (A) and Goals Conceded(H) or (A) from ESPN FIFA Women’s World Cup Performance Stats 2019-20 I can’t understand what H and A stand for?

Answer: They mean as follows:

2 Yrs ago j have seen ur information it very interesting & j agee it can help.

I m beginner to football ,tqu so much ,very useful article.

Thank you very much for all the help you have provided.

Where is Refine Edge in Photoshop CC 2021 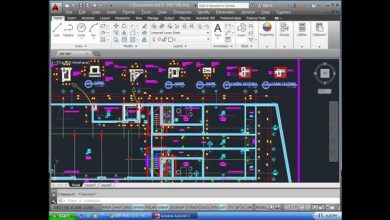 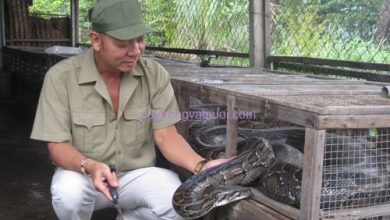